When I first made this army it was all about the Seer Council being its lynch pin. This was due to the fact that the only other HQ choice was the Avatar and he pretty much sucked lol. Now with the new book this fancy fellow has been added and he is a freaking beast, plus the figure looks cool :). The only sucky thing with this guy was that I found his spear was broken AFTER I started putting him together, so I had to use a spare Dire Avenger Exarch spear as a replacement. 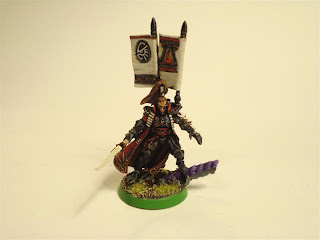 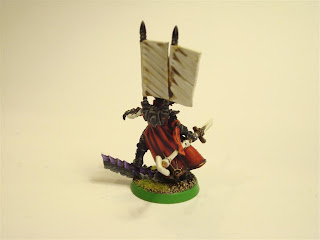