Why not start your second X-Wing blog post with a bit of classic Sun Tzu!! As mentioned previously I fly in a casual weekly get-to-gather. Most of us don't day dream about list building and don't rehearse flying our squadrons on the online simulators, and that is fine. Fly Casual right. But then, according to Sun Tzu, we should not be surprised if we succumb in every battle.
Last weekend I flew my new favorite squad “Soontir Fel's Flying Circus” After last Monday I will have flown about 3 real games and 6 games on the fly casual simulator with it and I think I know it. Of course knowing a squad comes easier if you have flown lots of other similar squads before. Many years ago I read a blogger who said that his magic number was 6. After 6 times with a new squad he could “skate with his head up”. He wasn't worried about forgetting his rules or knowing his dials and more than that he had a plan!!
Anyway, the so called circus looks like this;
The 6 rehearsal games were flown on Sandrem's Fly Casual simulator. If you don't know what it is google it, the AI does not follow all the rules of XWing, the computer sometimes gets to focus when you wouldn't and sometimes doesn't get stressed when you would. But it is all done to increase the difficulty and overall the simulator is great for learning your ships.
What I learned was that sometimes my interceptors won the game and sometimes my bombers did (seems obvious right). But looking more closely, when I flew my Alphas aggressively and they bumped enemy higher PS ships then in the engagement phase I would have green tokens and the enemy wouldn't. With the bombers, If I got my rockets off at long range and then if I got the bomb/K-Turn timing just right I could do massive damage with them as well. And Soontir, well when he dies it makes me sad so I would just try to keep him around looking menacing.

First game was against a scum list with the Kimogila, star viper and Kihraxz. All his ships were PS 4-5, and his Kimogila could strip green tokens in his bulls-eye. The plan was simple, bump with the interceptors, hang back and blast whit the bombers and since Soontir went last he could just lurk, make conservative moves and use his boost barrel roll to get out of arc of an enemy that had already moved. 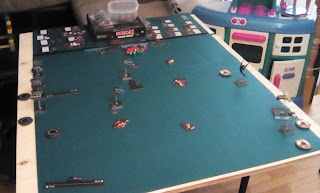 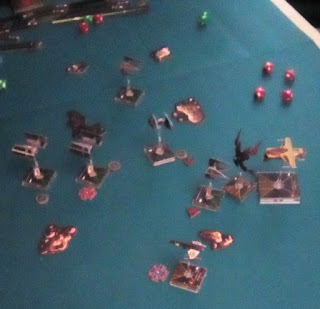 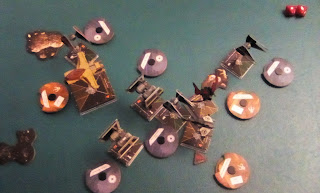 this, oh and Soontir, top left, isn't bumping, And finally 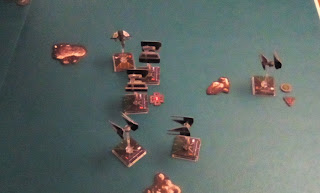 The second game against Rebels (Luke, Wedge and a U Wing) went in a similar fashion. 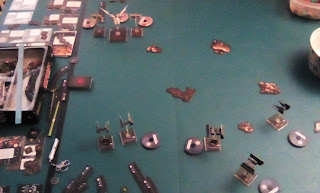 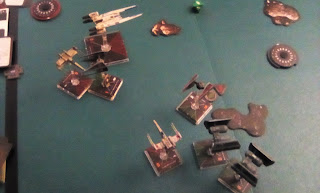 Shortly after this picture was taken the U-Wing and Luke (bottom right) were destroyed.

So.... in both games the interceptors bumped and denied green tokens while the bombers did reliable damage with rockets from long range and bombs on the K-Turn. I am not saying I am the next Red Baron and the dice certainly had their moments, poor Luke poor poor Luke not as strong with the force as we all thought. But, In both games my opponent excepted a joust he could not win. I had 15 red dice to his 9 and my average agility was 3 and his was 2. I believe when you don't know your list you will joust with it by default. I also believe that X Wing always has its ebbs and flows of luck. The trick is to make the best move you can every time so the bad luck gets mitigated and the good luck gets emphasized. This is only possible when you know your list first and hopefully have enough experience to know your opponents as well.