I have broken up Troll army into different groups and I am trying to finish one group at a time. The first group I have finished are my Warbeasts.  This is the second last beast I finished with the last being Mulg the Ancient which I will post later this week. I have to say despite loving his rules he just might be one of the ugliest figs I have ever painted. His proportions are just stupid and his posing is beyond horrendous. He is definitely one of the "Old Guard" for Privateer Press as all the newer stuff is light-years better.

I wanted to try a few new things on this guy since he is supposed to be oozing acid. I picked up the new GW Technical Paint "Nurgle's Rot". I gotta say I am super impressed with it. It was super easy to use and gave a great effect. I used it around all the rock formations to make it look like the acid was literally oozing out of him. I also did him up fairly monochromatic and then went back with a few layers of purple ink for the shading pass in hopes of adding a bit of colour. He is still ugly, but now hopefully in a good way :) 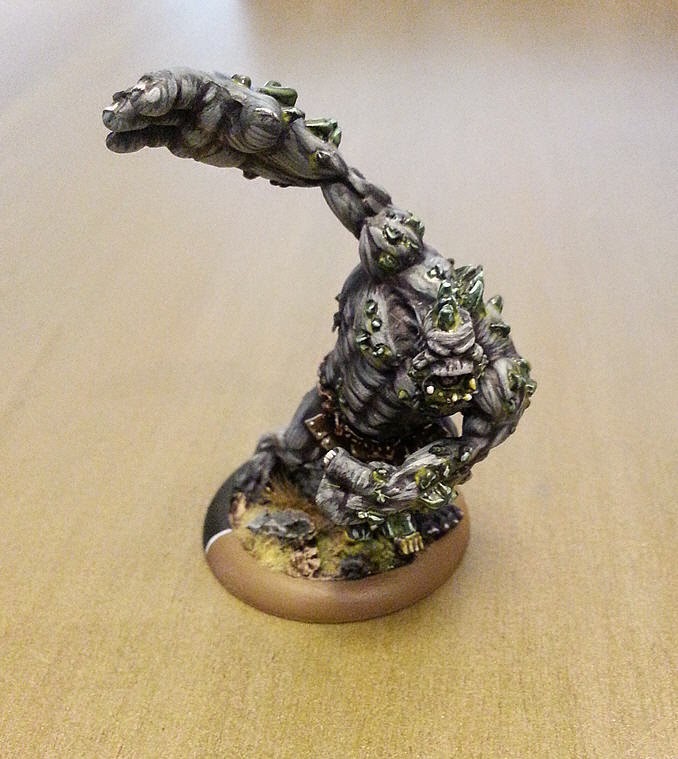 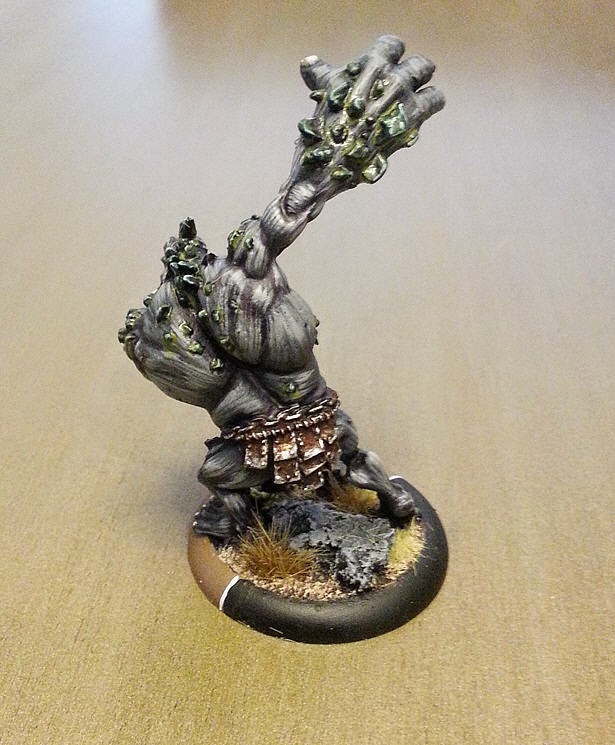