Rather than buy the newest 40k, I have decided that my Tallarn force would make a great irregular force for Force on Force/Tomorrow's War.

That said, I also went out and bought a Baneblade on Ebay because I just want to have a MONSTER tank in case another sci fi rules come along that allow such a behemoth.

But anyway, also on ebay, I bought a few items that were for relative cheap, and I thought why not?

First up, when I think Tallarn, I think either Sentinels or Dune Buggies.  GW doesn't make Dune Buggies, but i-Kore Void did before they went out of business, so I picked up a couple.
In 40k I would treat these as Sentinels, but in FoF/TW I would count them as Technicals. 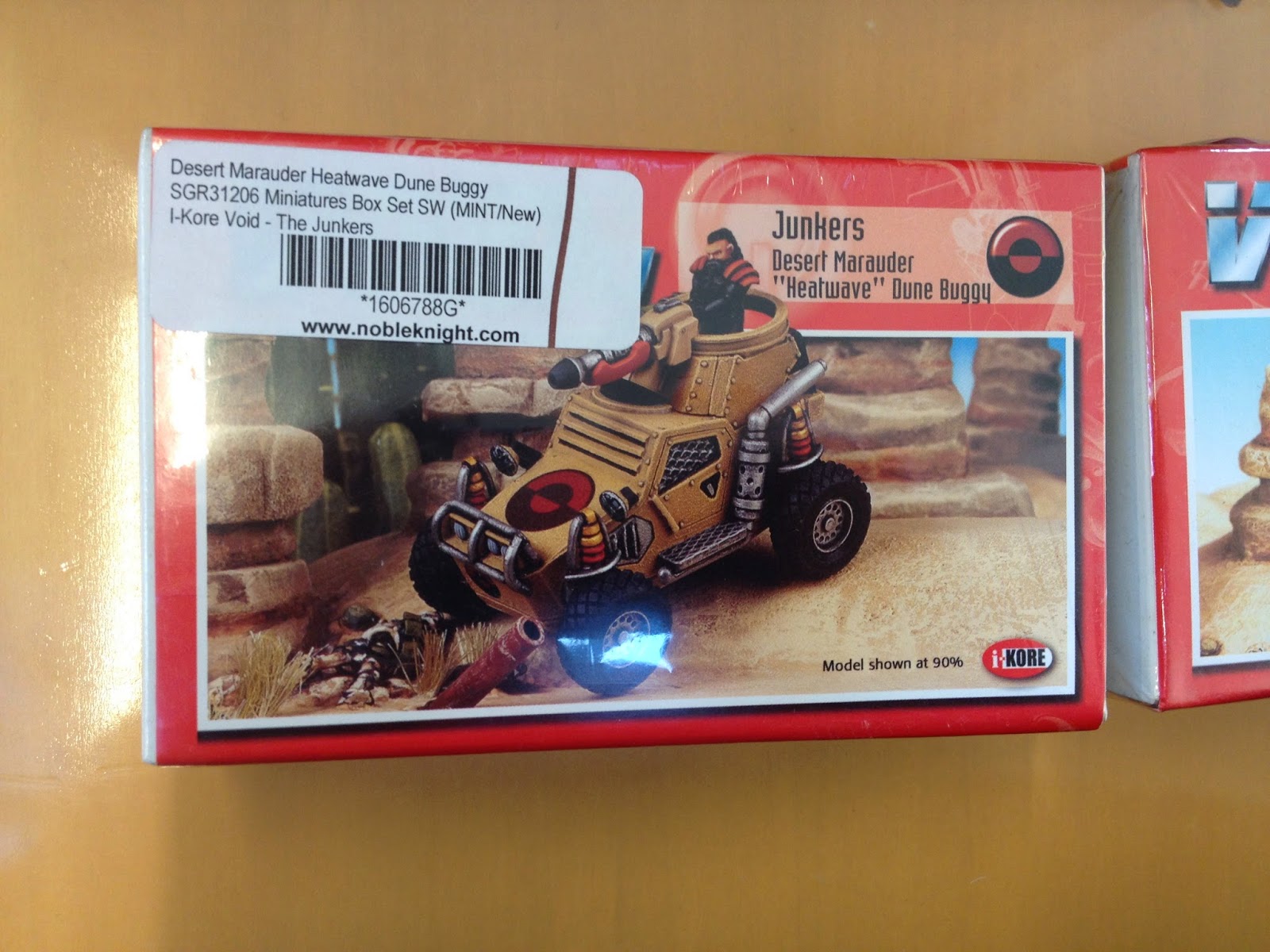 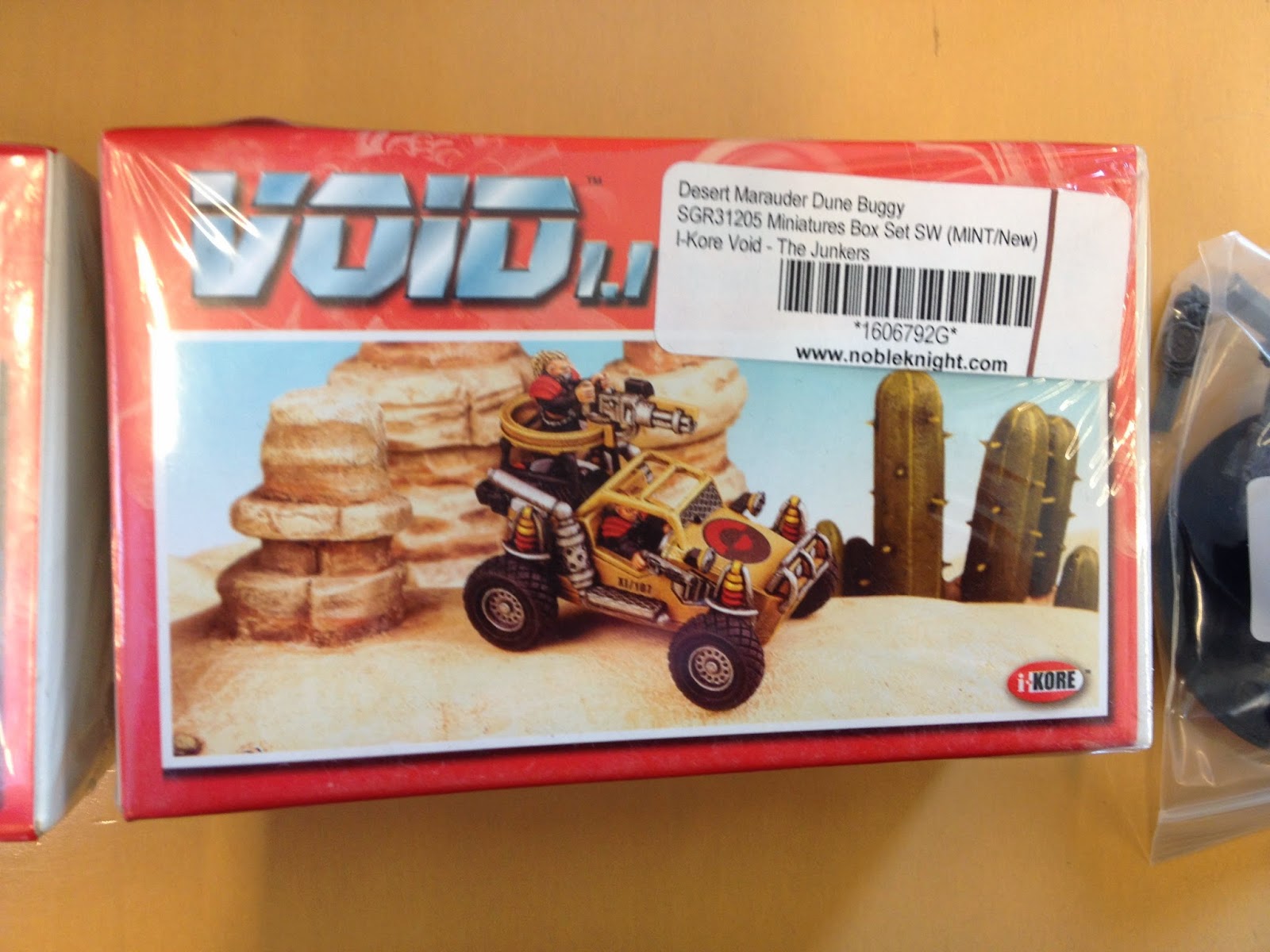 These of course will require some modification.  I have several Tallarn Heavy Weapon teams available (image from ebay) that aren't going to do anything:
The gunner comes in two parts, torso and feet.  So the completed dude can act as a driver for one of the buggies. 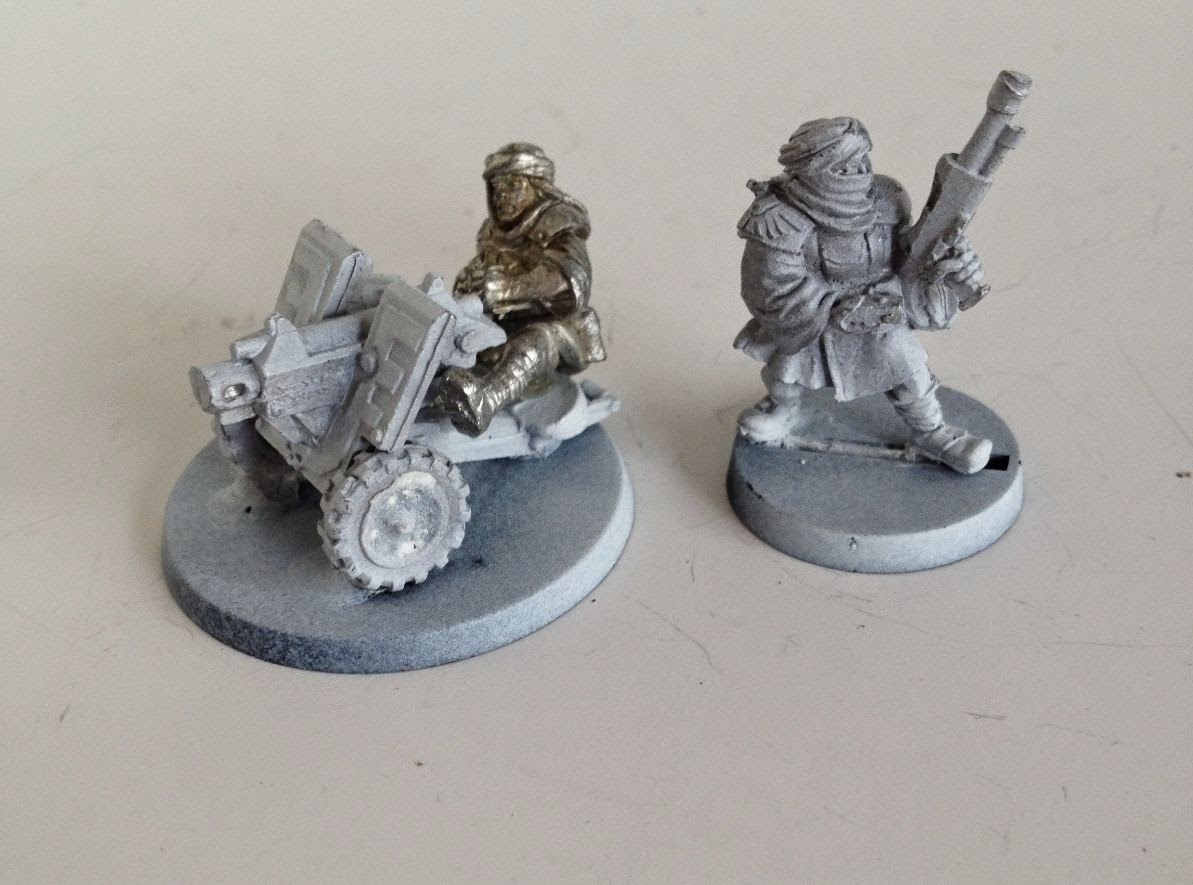 Taking a torso and adding some Persian 28mm fig legs (also bought on ebay), would give him legs to stand on.  They will also serve as legs for my Forgeworld Tallarn Tank Commander. 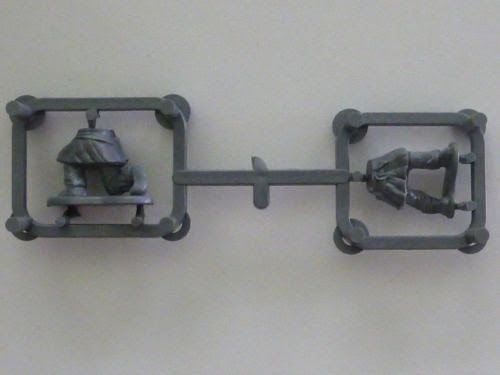 I will post progress of these conversions as I get them done (slowly).  Still have to finish my Warmachine stuff.

My other purchase on ebay was to buy some Rough Riders. I know what gamewise they might not be great, but this was only $10 per ForgeWorld Tallarn Rider and so I freaked out and bought 5 of them directly from China. I LOVE the look of these guys even if they aren't going to do well in 40k.  Will also probably have to replace their spears with brass rod.  Anyway, excited to paint these guys up. 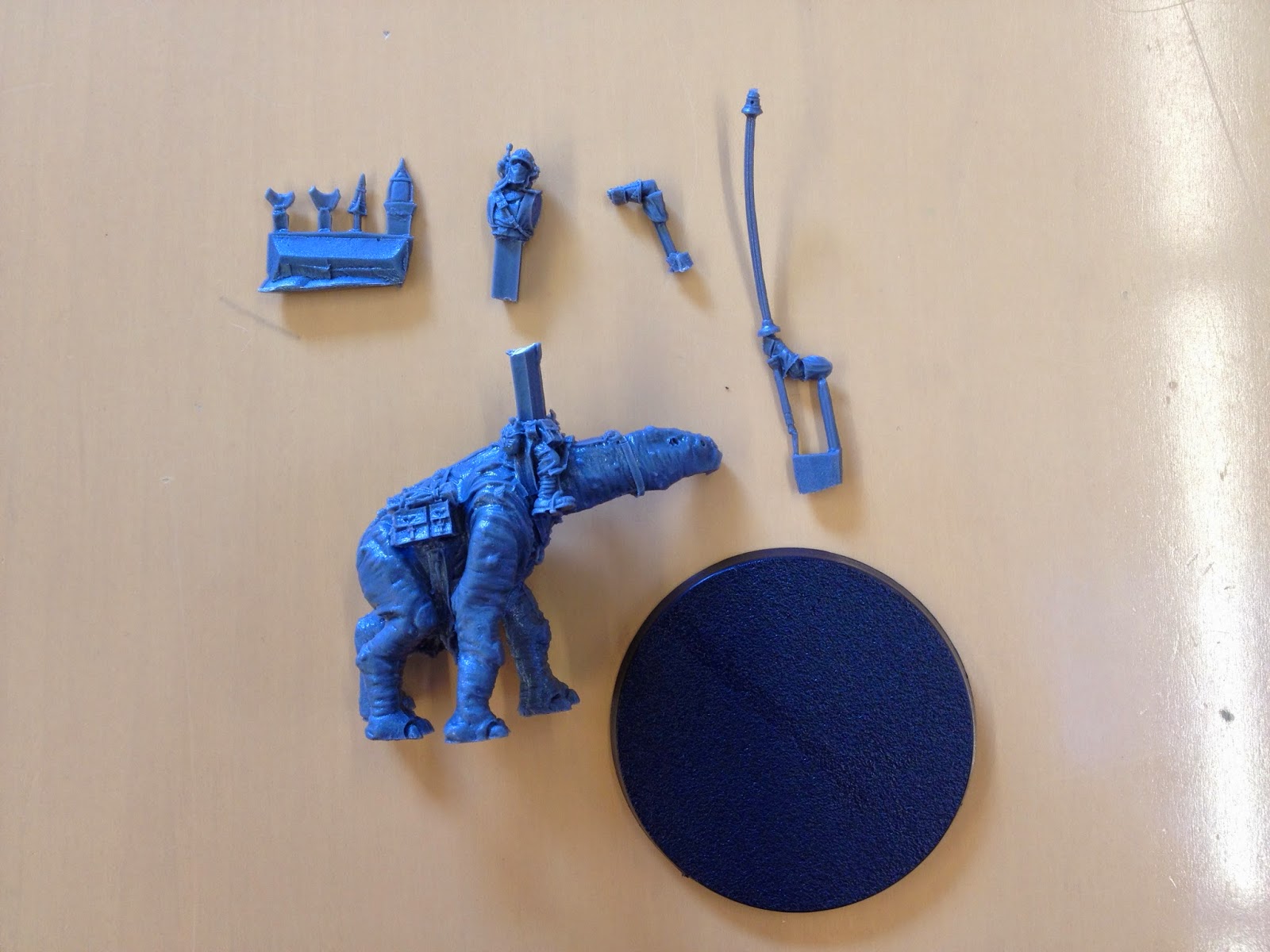