With the Olympics on and a chance to sit down and watch some I started to put together my newest edition to the Space Wolves. I had origingaly picked up the Canis model so I would be able to do this with it until a kit came out. When I opened the box it had been mispacked and there were no Wolf Claws inside. So after a quick call to GW customer service and a couple of weeks waiting for the mail, I now have another complete Canis model and one that I can make into a Wolf Lord. Of course he can be used as a Thunder Wolf Cav, Iron Priest or Wolf Guard Battle Leader depending on what you want. I magnetized the arms so I can swap to any weapons combination I want. Very easy and cheap conversions involving the GW pin vice and some small rare earth magnets. I'm a big fan of this type of work, stay tuned for when I do my 2nd Land Raider up, it can switch between all 3 varieties. 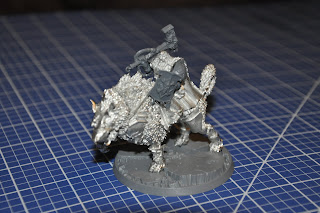 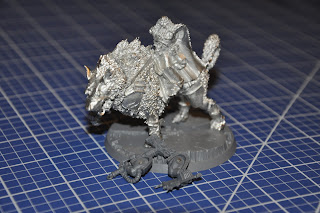 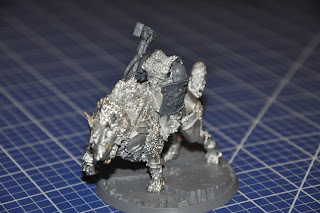 I need to green stuff the gaps in the model (which aren't very big) and then he's ready for priming!

Finally I have been working on a side project for sometime and had the chance to get my hands on these oldies. The intent is to use the Tech Priest and Thudd Gun as a Thunderfire Cannon, and the Chaplain as a Chaplain (what else would it be?) for my Heresy-Era Imperial Fists (Guys that were on the Imperial Palace during the siege of Terra). This army is really going to be something to see! 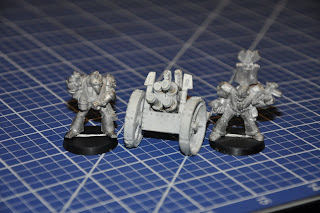