The Reg Stikes Back! 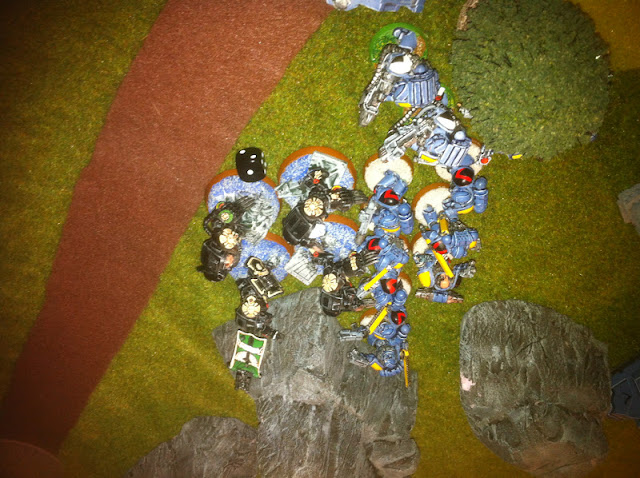 The Wolf vs The Lion!


Game 2 between Regicide and I was initially going to be another game of Guard vs Wolves but we decided to do something different and play the Lion vs the Wolf.  We played another 1000 pt game so that we could get the game in during the evening without losing too much sleep.  The listed looked something like this.

We played table quarters and kill points with Reg getting the first turn. 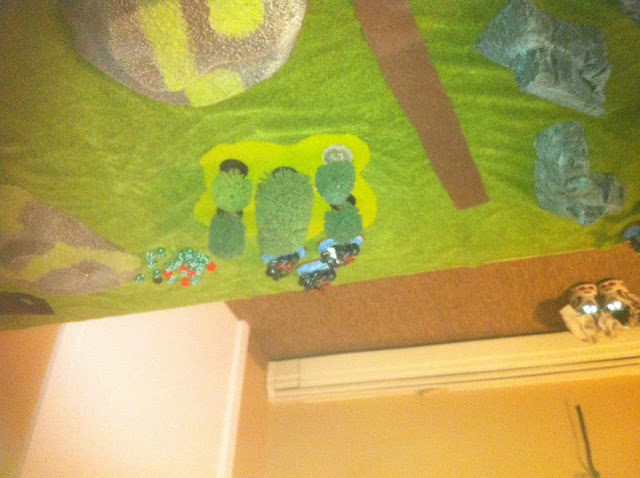 Ravenwing deploy ready to call in the mailed fist of the Chapter! 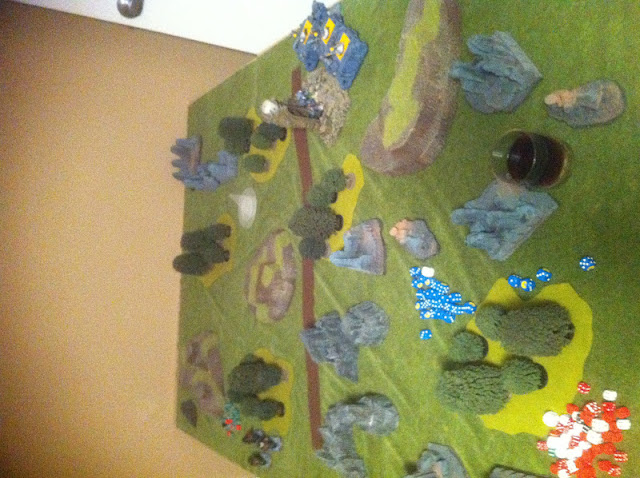 The Wolves cluster in the center to ensure mutual support in the advance.  No the Rye and Coke isn't a Carnifex 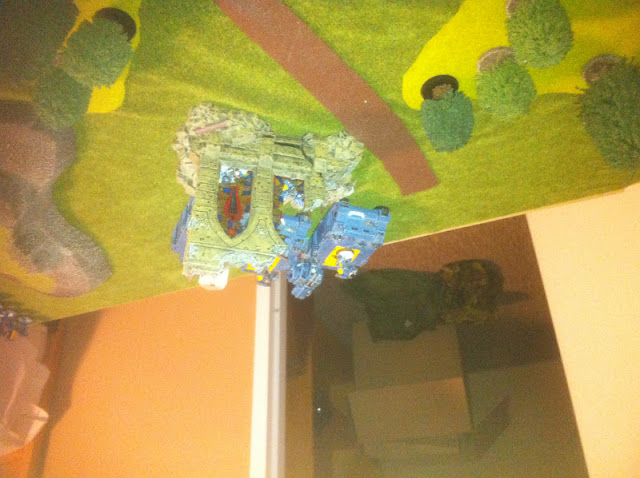 Attempting to use every scrap of cover
TURN 1 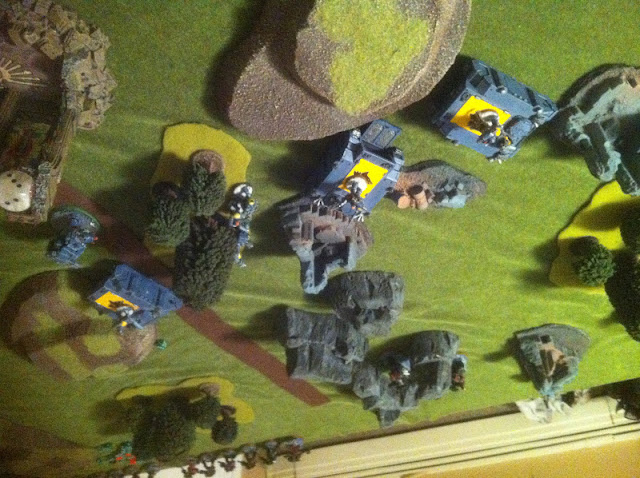 The Wolves burst from cover advancing at maximum speed 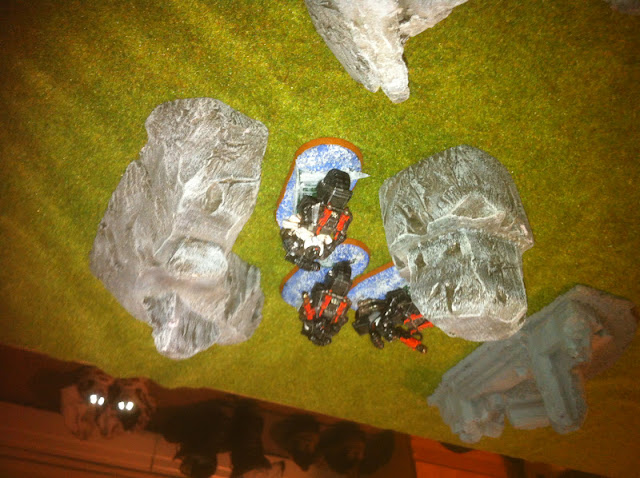 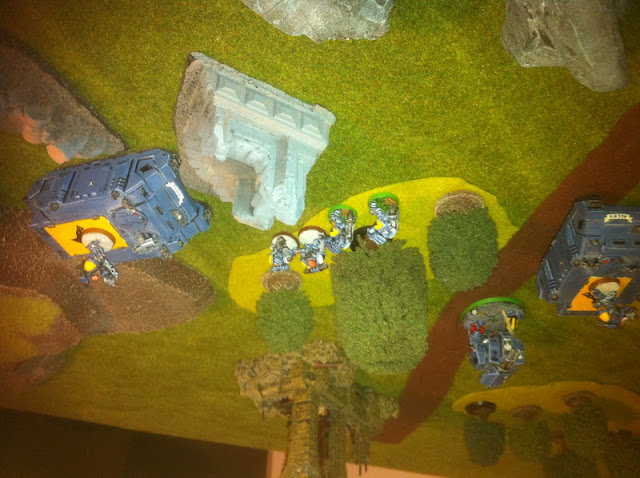 The entire army advances under the watchful eye of Bear err... Bjorn
TURN 2 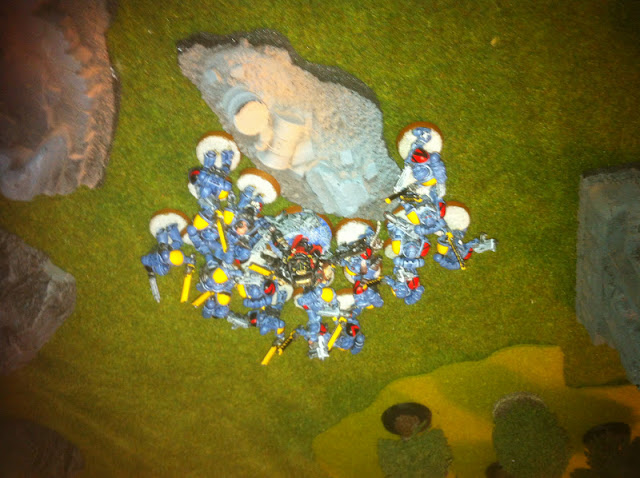 The first of the Deathwing Squads deep strike with the Librarian.  They are quickly swarmed by 2 packs of Grey Hunters.  The Terminator armour holds for a while but the wolves furry is relentless.  Eventually the close combat would claim, the terminators, Librarian and bikes (3 KP).
TURN 3 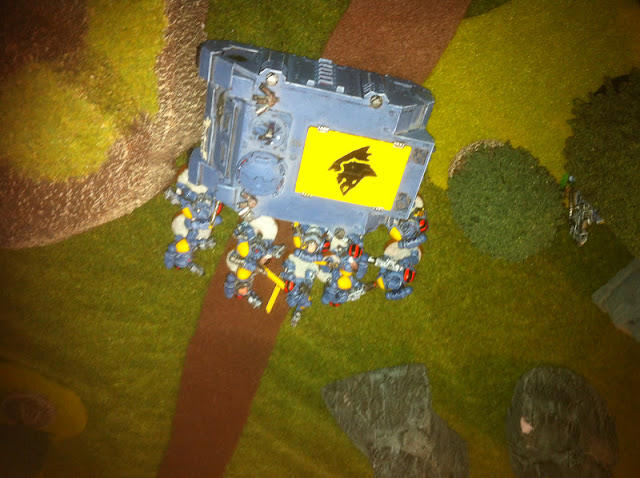 The remaining Grey Hunter pack provides flank protection to the melee while attempting to avoid the advancing terminators. 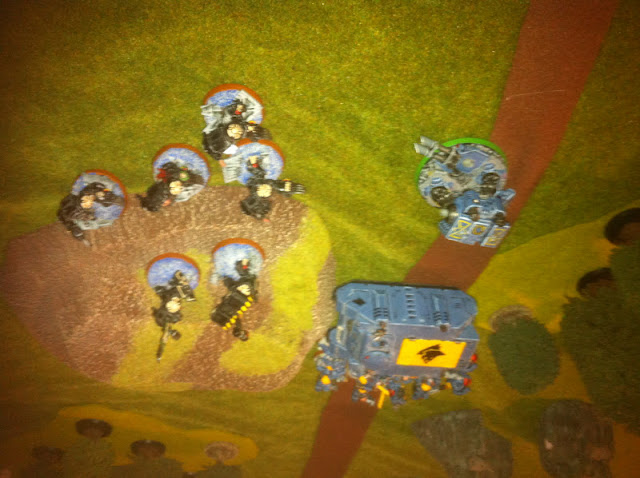 The deep striking command squad takes aim with their cyclone and downs the single greatest living hero of the Wolves with 2 will aimed shots (giving up 4 KP for this game!) before destroying the rhino and charging the flank guard
TURN 4 & 5

The Deathwing close the distance making the long range firepower useless.  The quality of the 1st company troops really starts to shine as they mow down wolves left and right.
In the end Reg had a resounding win with 6 KP to 3 KP.  Bjorn didn't manage to fire a single shot but did give the army fearless for the whole game (basically).  I really enjoyed the game and can't wait to see the story Regicide can craft from the game.
Posted by Big_Willie at 2:32 PM