As promised here are both Barges complete with their finished bases. I actually managed to finish both of these in one shot over a weekend which I was really proud about. Overall they were really enjoyable to paint (as with the rest of the army). If I had one tip for people starting their own Annihilation Barges it would be don't glue in the Drivers or the Gun before you paint it. I was smart and just left the gun as it's own piece which was a massive help and really wish I did that for the drivers. 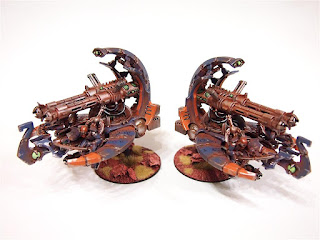 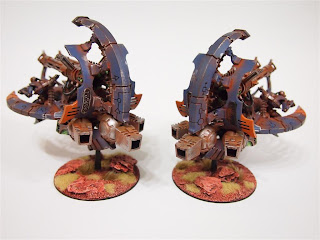 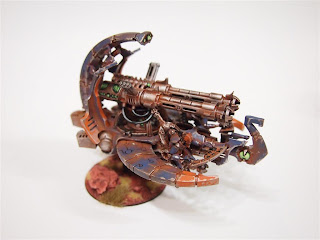 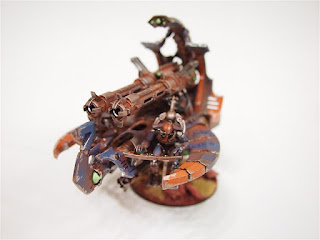 I love the weathered look on this army. They manage to look old as hell and just as scary. Can't wait to see them all together when they are done.

As of Sept 10th they are 100% complete. I am going to post the pic of the Ghost Ark tomorrow and hopefully get the whole army shot and a small write up done by Thursday as I have no where/time to do it currently. I even managed to get a game in last night with the army and it was super cool to see them on the table now that they are complete.