Another thing about the new book that really irks me is about half of the units in the book have no models for them, just small pictures of what they think the creatures should look like. The pictures of this guy have him looking like a flying Ravener that is almost the size of a Hive Tyrant/Carnifex.

I actually started modelling this guy into my Tervigon (as per the drawing I upload a couple weeks ago). When I actually started putting him together I realized the Torso is WAY too small for what I wanted to do. A couple weeks later I was going through my bits drawer when I found a whole slew of pieces for a 3rd ed Hive Tyrant, all which are PERFECT for a huge ravener. I quickly busted out my green stuff and made this guy a tail. I also completely re-sculpted his lower rib cage as well as the neck, which I still have to do a little bit of filling in. I *should* be getting his wings this week as I ordered them last week. I am going to use the Balrog wings as they are BY FAR the most "niddy" of all the wings GW makes. As you can guess I am going to fit them into the upper shoulder while fitting the membrane just under the Carapace along where his arms are glued in. I am also going to take the time to punch a bunch of holes into the Balrogs wings to give make it look somewhat battle worn. I have seen that done before on other people's WIP Hive Tyrants and I have to say it looks really good, so I am going to steal it :)

I have to get this guy done by March 6th, so once I get the wings in the mail there will be a bunch of updates in a row as I finish building him and then painting him. I am really looking forward to seeing how everything turns out (especially with the green stuff) as I am still really new with sculpting. After this guy is finished I will be working on finishing up my second Hive Tyrant and then I am going to sculpt from scratch a "Mycetic Spore". Once those two things are finished I am going to take a break from these guys and start something new (leading contenders are Orks and Daemons...as noboby plays Daemons lol). 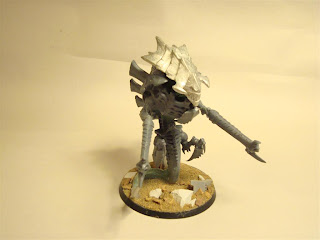 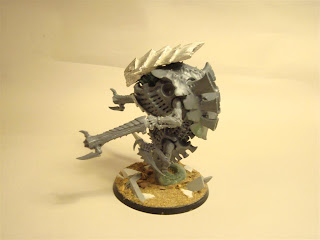 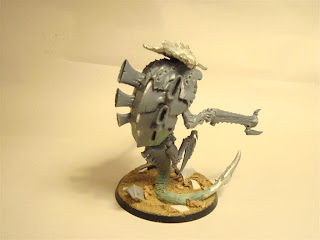 Good looking model you've got there: it has almost a "queen bee" appearance, where it's almost too fat to fly on it's own. I'm definitely looking forward to seeing it completed.