I've been working hard trying to get my entire army painted and here are a couple of pictures of progress so far. I've finished the 8 guns for the Canadian Battery and the newly re-painted Sherman IIIs. The next project will be the Anti-tank platoon and all the infantry bases for the battery (observers, battery and troop commanders and the staff team). For those of you with good eyes I am in the process of priming the remainder of what I need to have a Canadian Armoured Company made out of Sherman IIIs. I'm hoping I can have the next batch painted until for Friday night fights at Ca$h's place. 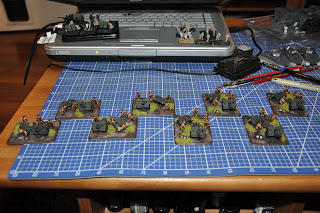 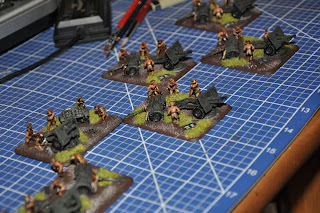 4 Guns facing the long side of the base 4 facing the short edge (is there a right way?) 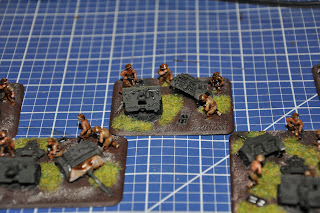 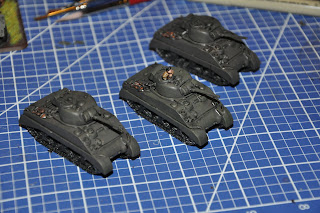 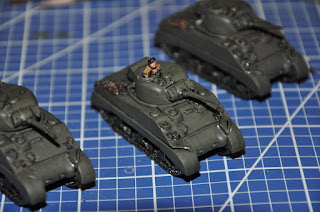 Close up of the Troop commander
I just received the new tank commanders from Battlefront after a box I had purchased didn't come with any. I'm looking forward to painting them and getting them into the fight.
Posted by Big_Willie at 8:20 PM

Labels: Flames of War, The RCR

is it just me or do those tanks look grey and not olive green?

Looking good man.. first Moser posts his painted stuff then you.. shit I need to get cracking!

(Just finished a church though...)

@Matt your right they have a grey under tone so they are more my own version of olive drab.

Great stuff dude. Also a spin off blog. I like it. We should also decide what to do about other game systems (ancients, alternative WW2, sci fi etc.)

BlueHost is the best hosting company with plans for all of your hosting needs.