I ended up getting about 4 hours worth of painting time today as I finally had a day off (been working like crazy the last couple weeks) so I figured I might as well try and get my Archon finished. I was actually really surprised he went as quickly as he did considering I painted him in less time then my first Incubi lol. Overall I am fairly happy with him. The red on the cloak took about 1/4 of the total painting time. There are about 15 layers building up from black and its a shame the camera doesnt show it.

This is going to be my first Archon of 2. He is my "support" Archon. Fairly cheap build with a Phantasm Grenade Launcher to go with my Incubi (it gives them assault and defensive grenades). I tried running them about 5 games just on their own and their lack of assault grenades really really hurt them in almost every game (I think the game against guard was the only one it didnt). I am also going to do a brute force Archon with a Husk Blade and Soul Cube as it just turns him into a destoryer of worlds :P . Next week I should have a bit more time and it will be time for Raiders! 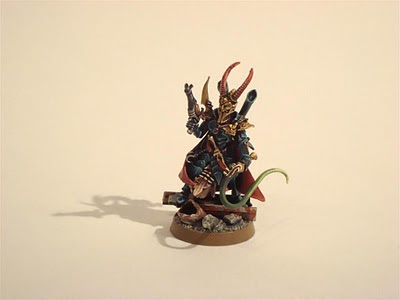 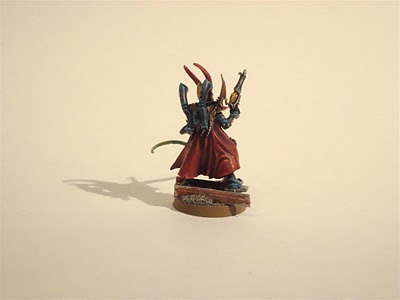