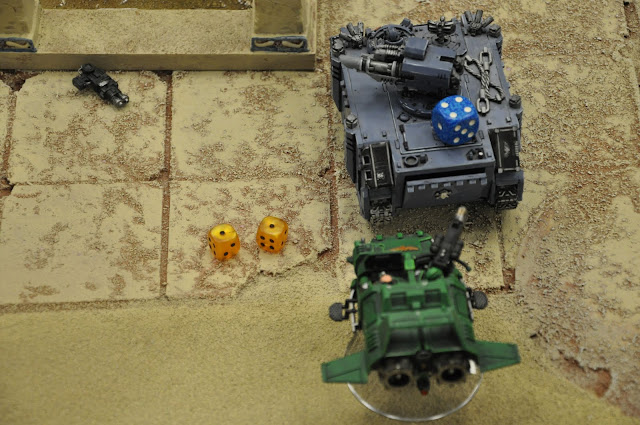 We rolled Dawn of war deployment and I put on my Saga of the bear Wolf Lord and the Fenrisian Wolves while he combat squaded a tactical squad and deployed them and their Razorback.  I won the roll to go first and did.
TURN 1 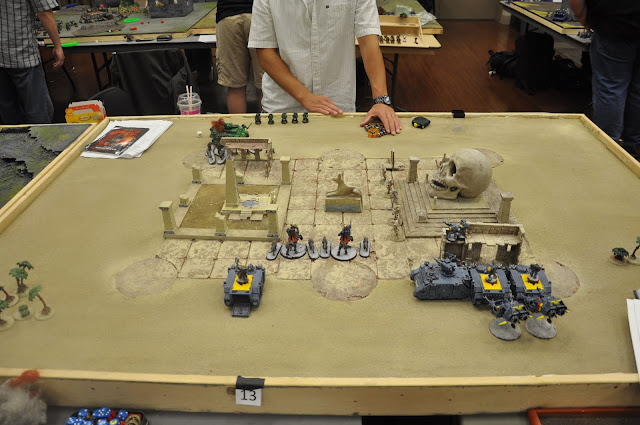 Bottom of turn 1, the Wolves draw first blood taking out a Razor back while the remained of the army moves to cover the advancing Wolf Lords. 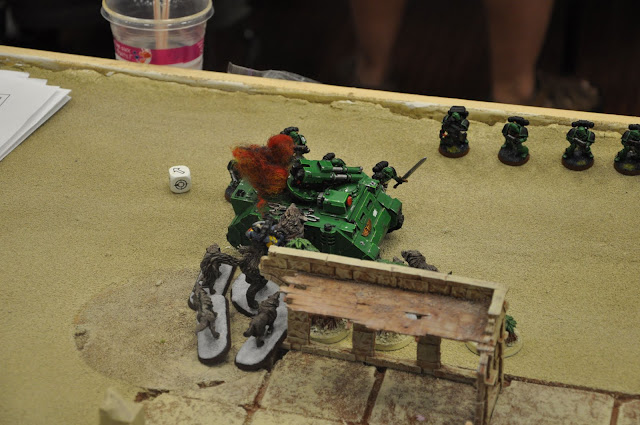 The squad jumps out away from the advancing wolves
TURN 2 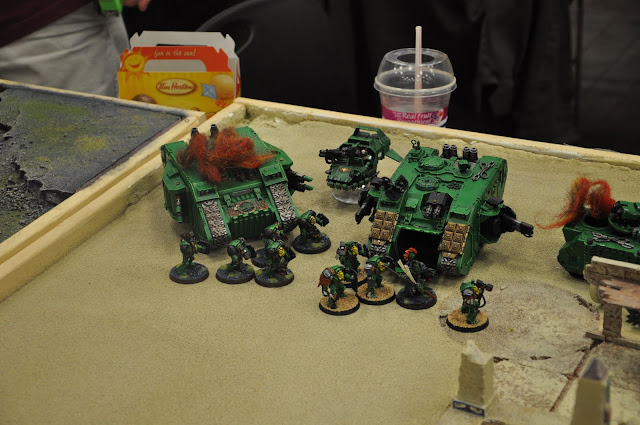 Vulcan leads the Terminators into combat while the other squad is pinned when their Land Raider explodes due to a very lucky shot from the Long Fangs Razorback.  But they take out the Wolves and their Wolf Lord. 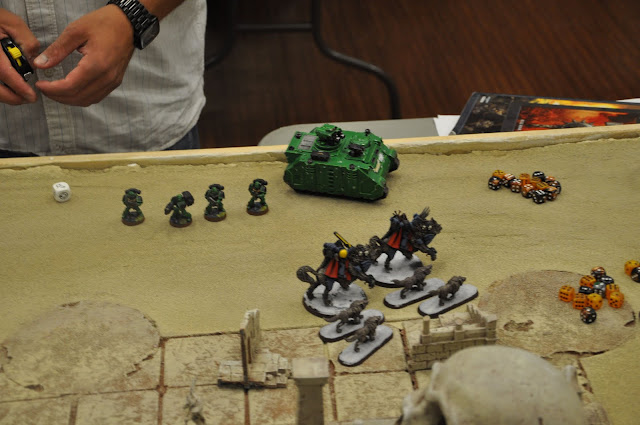 The second wave of Wolf Lords takes a ton of fire but one Wolf Lord lives. 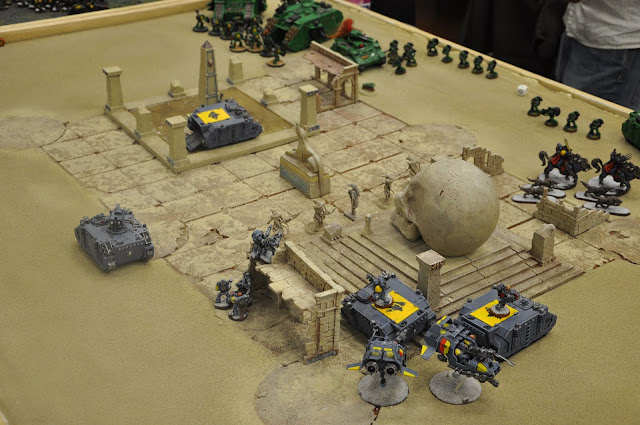 The Wolves move to flank the Salamanders.
TURN 3 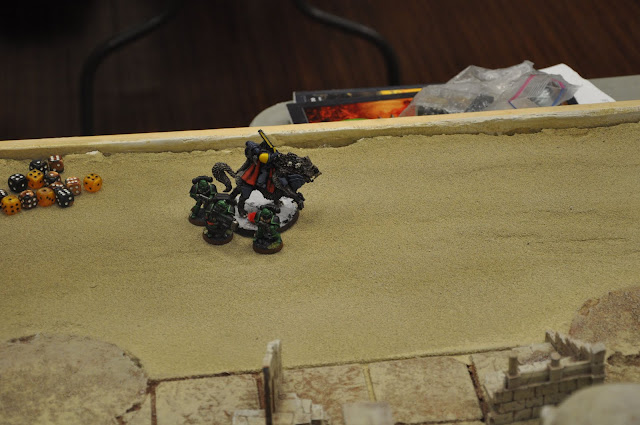 The remaining Wolf Lord begins to sweep through the line Salamanders with ease. 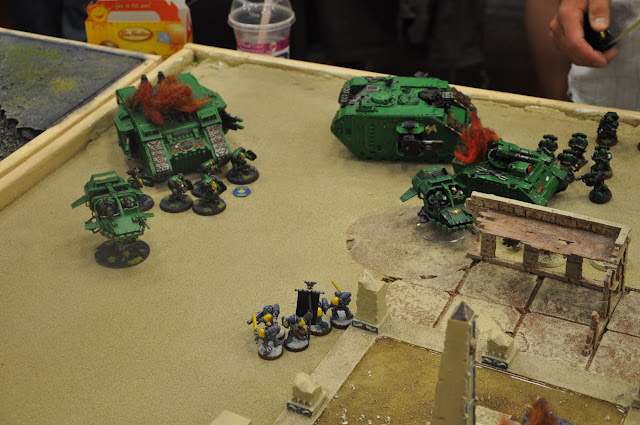 With their Rhino gone the small unit of Grey Hunters moves to engage the Salamanders, who get reinforcements in the form of the scouts.  The small unit gets wiped out but they take 3 Terminators with them!
TURN 4 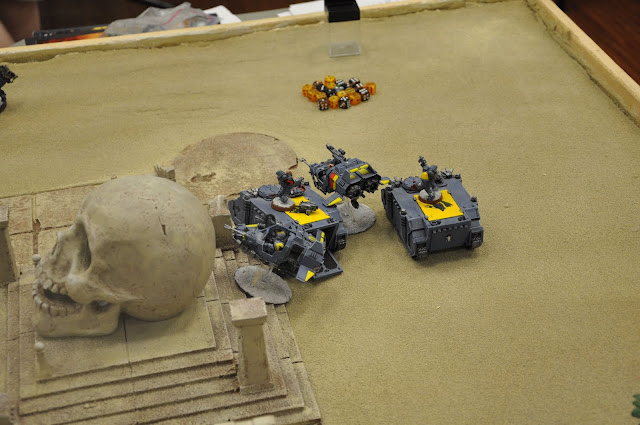 The Wolves continue to flank the Lizards. 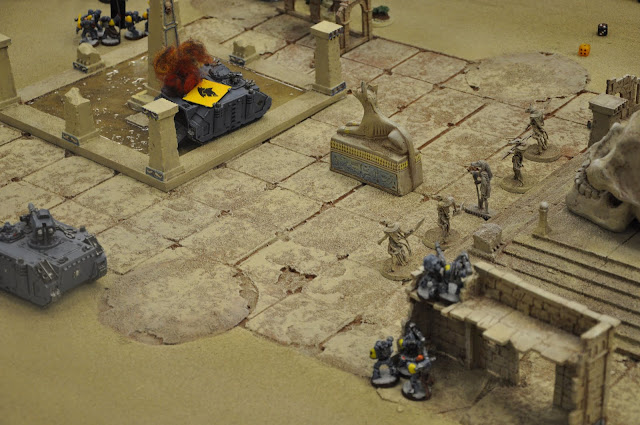 The Long Fangs continue to support the flanking with their fire. 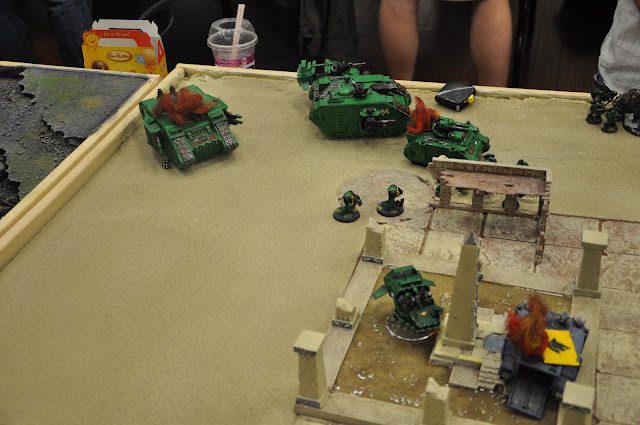 The Salamanders move to counter attack the wolves.
TURN 5 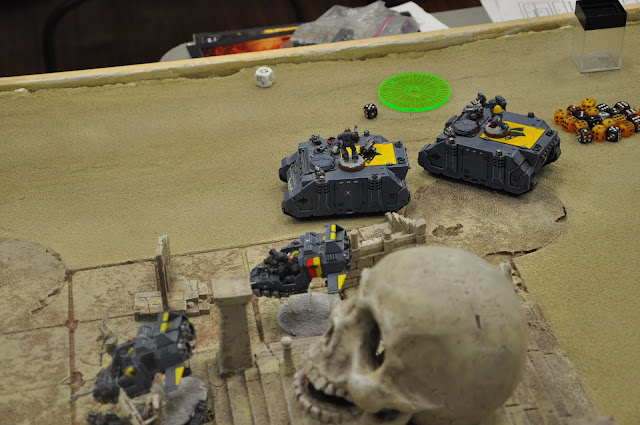 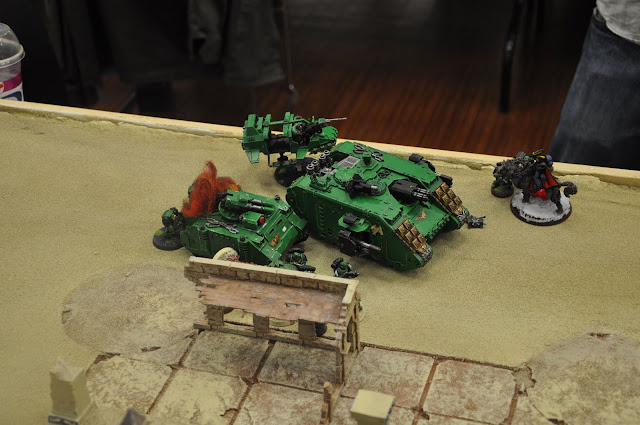 Vulcan leads his host into the mouth of the wolves! 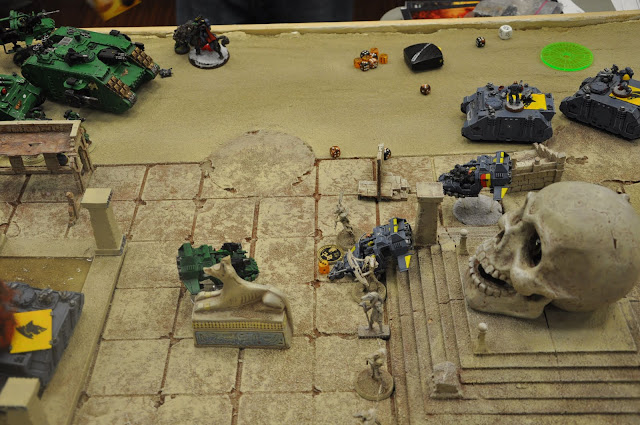 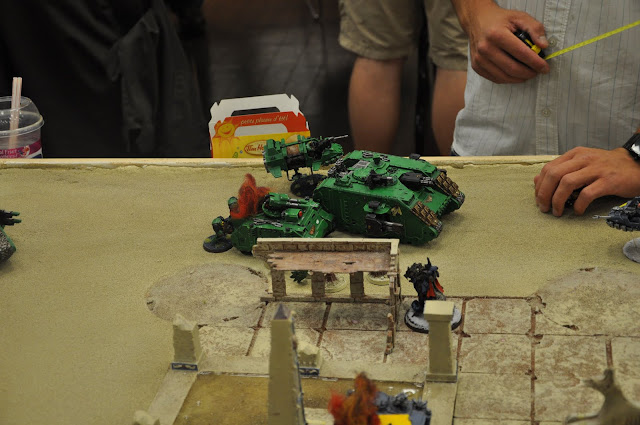 The Wolf Lord continues to jump from one unit to the next.
TURN 7 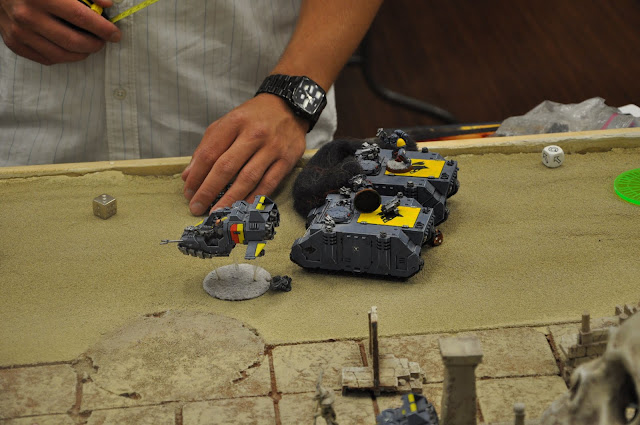 Rhinos pop smoke and prepare for the coming assault. 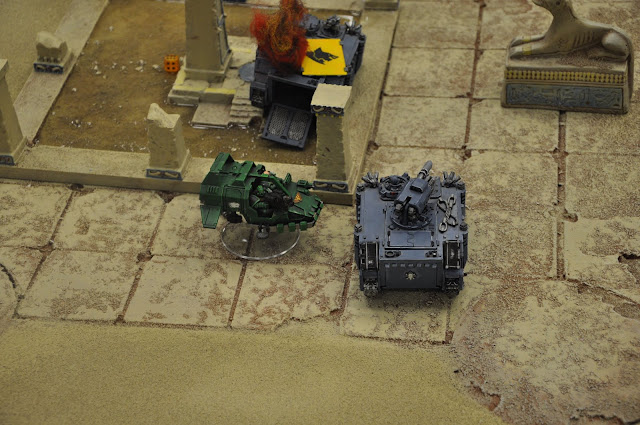 The lone speeder moves in for the kill on the Razorback. 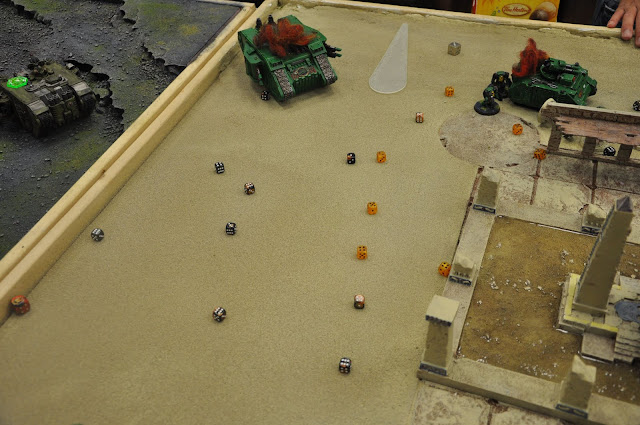 Some unlucky terminator swings in assault, but they still manage to break 2 full units of Grey Hunters who would not rally and hand the game to Derek.
Derek ended up winning 11 KP to 9 KP the difference being the last 2 squads of Grey Hunters.  He ended up going on to win best General so I don't feel to bad.  Stay tuned for 3 more Battle reports from 40k at Skirmish 2011 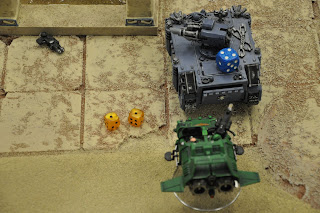 great batrep ! loving the pics and it was easy to follow! Thanks for the great read!

Awesome Battle Rep dude, can't wait to see the others.

Kind of crazy how there is virtually no terrain on that board, just a couple of small buildings (looks like its rocking about 10% coverage). IG would just grape anything they fought on that table lol. Were all the tables like that?

Cool looking list btw. I love the Thunderwolf Lords...they just look brutal (kind of like a really fast Hive Tyrant with a decent invuln save that is actually good in hand to hand combat :P )

I am definitely going to have to start taking some queues from you when doing up my battle reps from now on.

@ DimmyK, thanks if you liked this style I've been doing it a lot for Flames of War on Covering Fire (the other blog done by the Legio Minimus crew a link can be found on the FoW tab.

@Ghoulio, your right all the broads were very open with often only a single piece of terrain that gave any cover but as you will see in the other Battle Reports most of the time there wasn't much to hide in. I didn't have enough time to paint anything else so I went with the Wolves again ;P