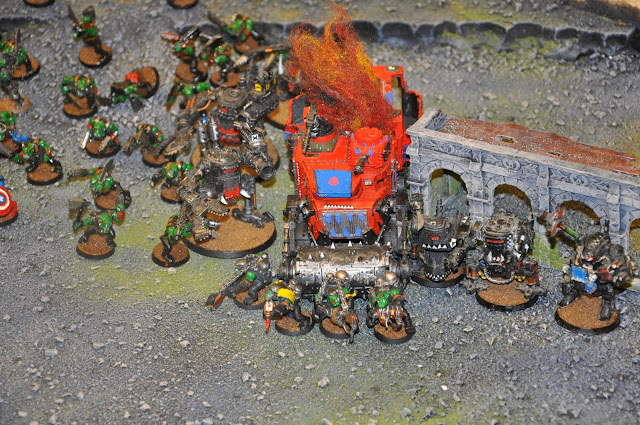 The Burnaz's ride goes up in smoke before it has a chance to move!
Round 3 was a victory point game from 3rd Ed with the exception of not getting half points.  I played against Paul and his Orks.  His list look something like this
HQ
Gaz
Mek Boy with Kustom Force field
Elites
15 x Burnaz in Battle Wagon
10 x Kommandos with Snikrot and 2 Burnaz
Troops
30 x Shootas
30 x Choppas
20 x Grethcin
Heavy Supports
15 x Lootas
3 x Killa Kans
3 x Killa Kans
SET UP 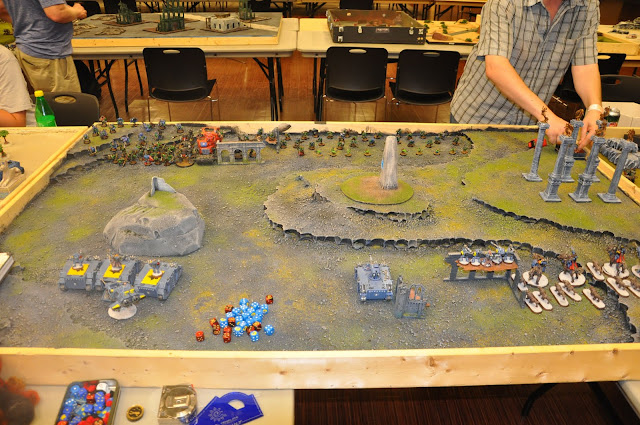 The Battle lines are with the Wolves broken into 2 main attack prongs. 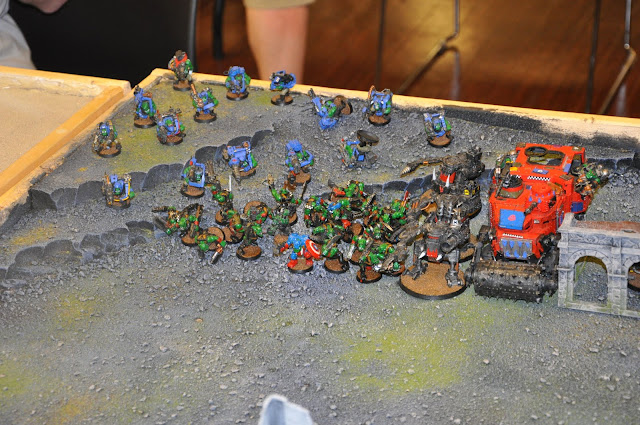 Lootaz's take the high ground to support the advance of the boyz, Dread mob and Burnaz. 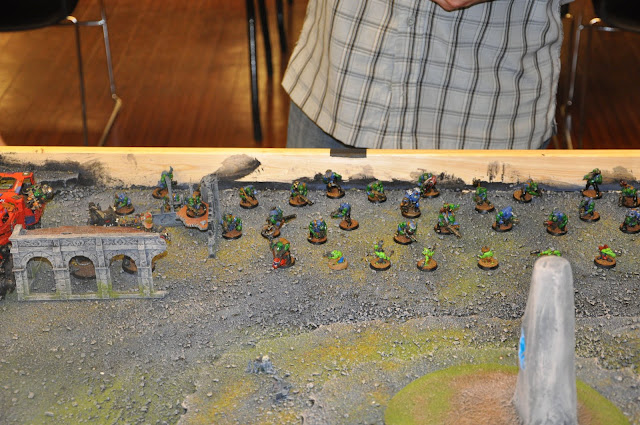 The Shoota Boyz spread out with a Gretchin screen. 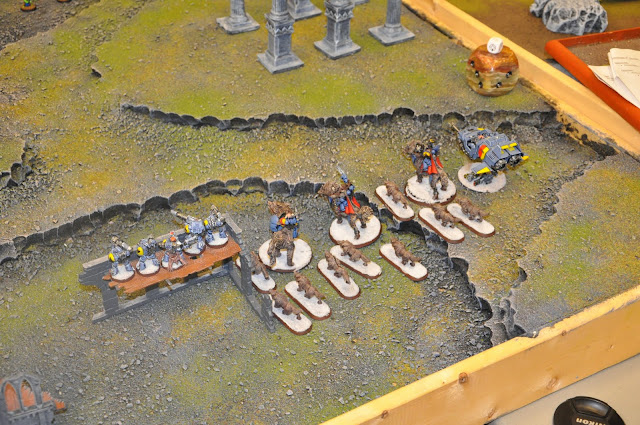 The Wolf Lords, a Land Speeder and the Long Fangs take one flank. 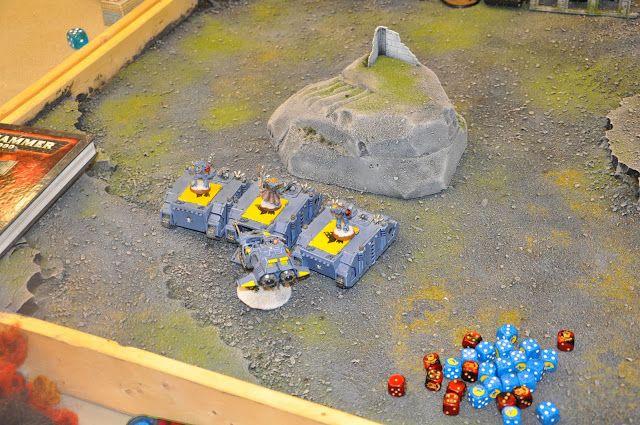 The Grey Hunters, Rune Priest and Land Speeder take the other.  Check out those 40k Radio and Wolf head dice!
TURN 1

The Long Fangs open up on the Battlewagon destroying it!
TURN 2 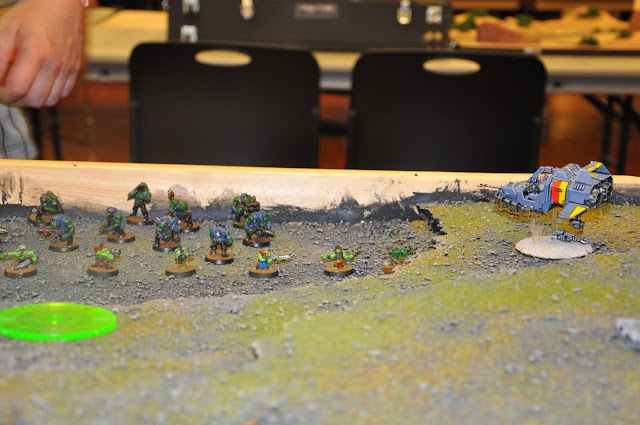 A Land Speeder sweeps in but is only able to roast a few green skins. 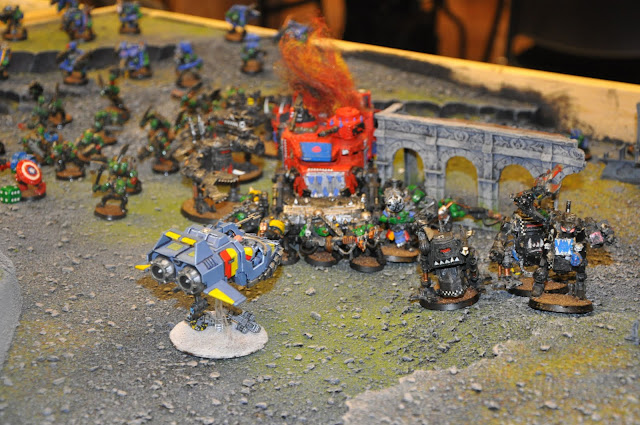 The other Land Speeder moves to take out the Burnaz. 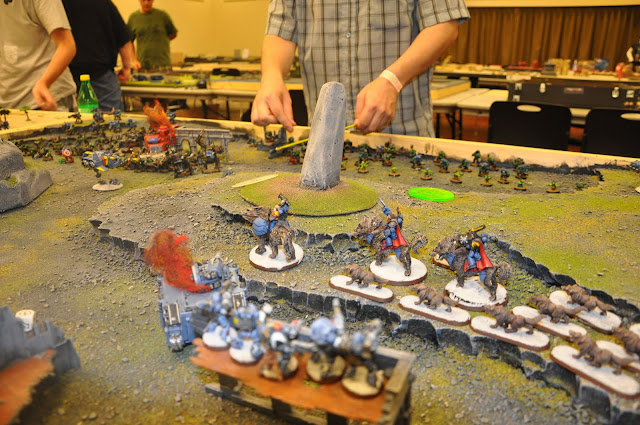 The Wolf Lords move to reposition themselves, while the Long Fangs Razor back smokes after being hit with Dreadnought missiles.
TURN 3 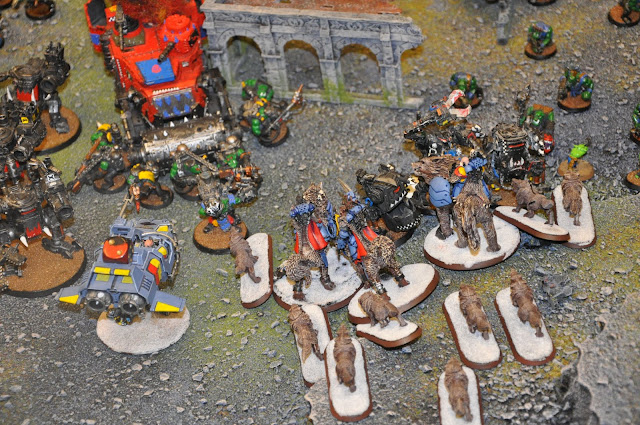 The Wolf Lords launch their attack and charge into the Dreads smashing 2 of the Power Claws off! 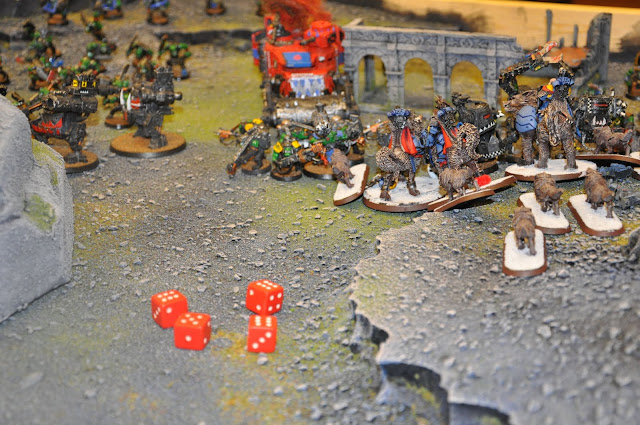 Every once in a while Orks make their saves... 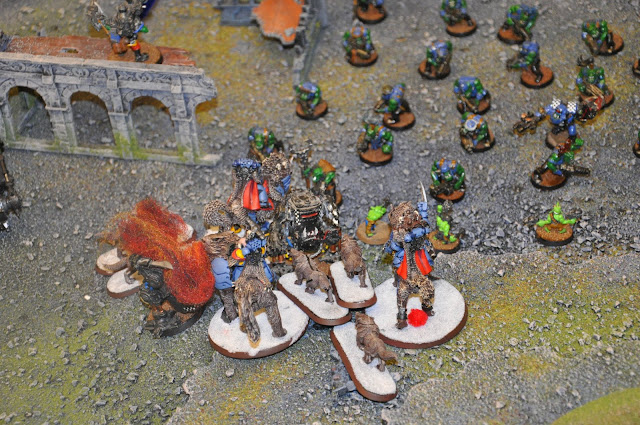 But it isn't enough to stop the Burnaz from being whipped out!  Only a single Dread remains. 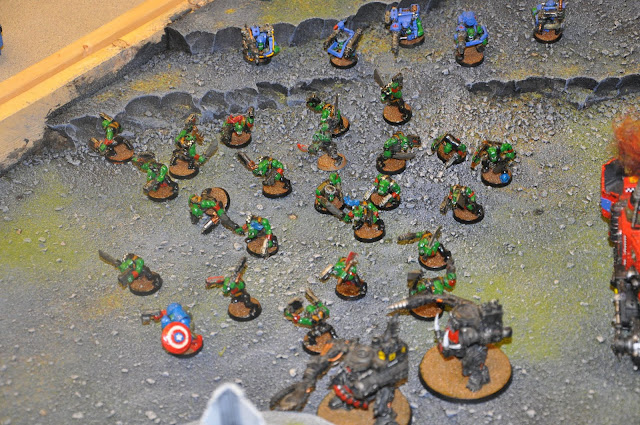 The Mob of Boyz advances.
Turn 3 was the last full turn that we played and because of time we ended up playing only his turn 4, which I'm not happy with but since I was lucky enough to win I can't complain.  Basically turn 4 saw Ghaz with Snikrot and the Kommandos come in from Reserves, Waaagghh and the charge the Wolf Lords.  They in turn withstood his assault (thank you Saga of the bear!) and killed off the supporting cast enough to force a moral check, then time ended the game.  Great game and awesome opponent, stay tuned for the final Round against IG!
Posted by Big_Willie at 3:42 AM