I have steadily been plugging away at my trolls and have almost finished all the beasts. I finished this guy earlier this week and I finished the Pyre Troll this morning. After posting here and on the Privateer Press forum I received a lot of feed back in regards to the base so I went back to the drawing board. I am very happy with the overall result of the Mauler's base and it's what I had hoped the Axer's base (who has since had it changed to look like this) was going to look like. Overall I am actually very pleased with my two recent beasts especially considering each one took roughly 1/4 of the time of the Axer and I feel the overall look, while not as good, is still somewhat close to the point where you would only notice the difference if you picked them both up. 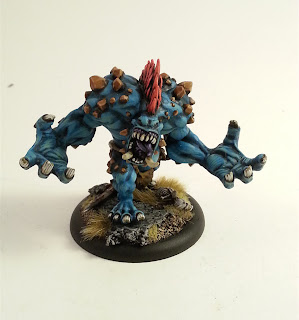 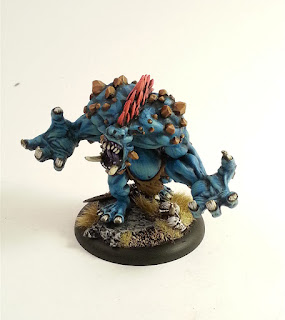 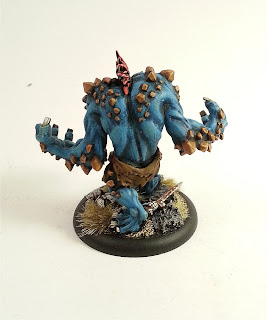 "I have steadily been plugging away at my trolls".

I recommend an elephant gun.