Another weekend, another unit painted. Now that things have settled down at home (kids getting older, wife picking up hobbies) my painting schedule has really opened up from painting a morning or two every week to 4-5 days a week. Been making some real progress on my army the last two months and I have officially crossed the 50% completed threshold with the addition of these Warders. 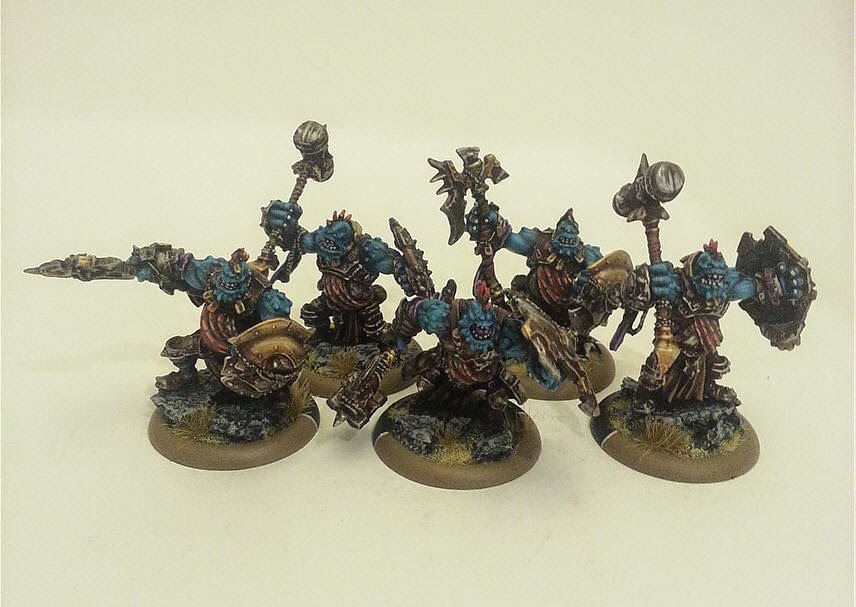 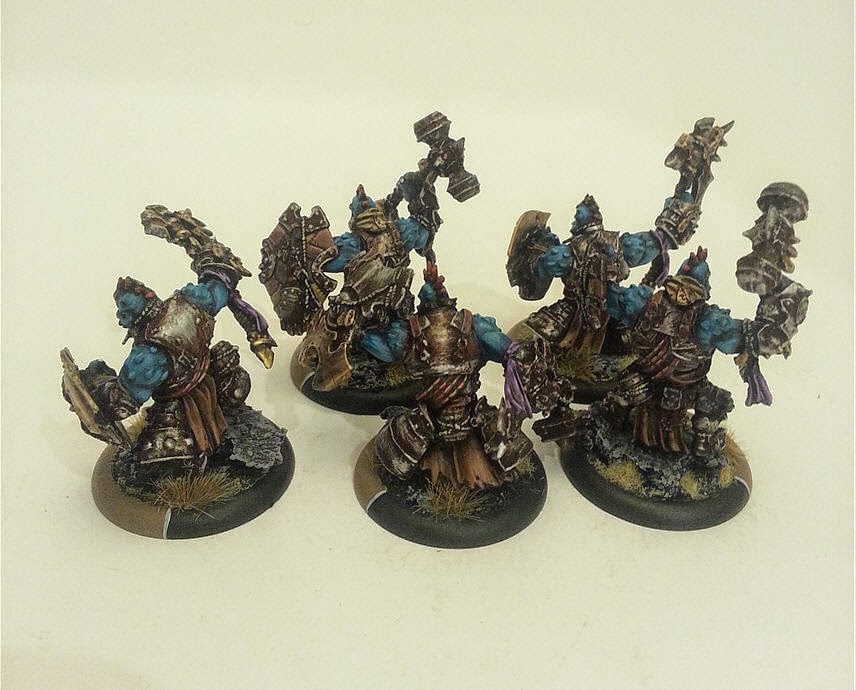 Now that they are finished I really like how the unit looks. Actually working on them though was the definition of a real slog fest. Despite how much more (at this point) I like Warmachine/Hordes as a game system and how much the model ranges have grown on me one thing I will say is their current line of plastics is incredibly bad, like painfully bad. The detail is incredibly sub par and the mold lines are everywhere and always in the worst spots. They also have just slap-dash details everywhere over these models, most of which makes no sense and is just there to make them look busier than they are. One of my two main lists I am working on includes 2 units of these guys...but after building/painting them I dont know if I have it in my to do another unit lol. Ah well, onto more enjoyable models to paint!