So here is part 2 in this 4 part series of speed painting some Warmachine starter sets. The only reason I am posting this right now actually is to completely embarrass Greedo's attempts at Menoth (well, not really lol). If I am going to be serious for a sec I remember a few months ago I did a small post showing off my failed Ogre and asked if anyone else had projects they just couldnt get off the ground. I remember seeing Greedo complaining about how detailed the Menoth were and how it has really been impacting his ability to get them finished. I remember thinking "dude...man the fuck up and get this shit DONE!". I officially want to retract that comment Greedo now that I have finished a bunch of them.

These are hands down my least fave figs I have ever painted in my life.There is so much nonsense detail on them which wouldn't be so bad if they were just so terribly sculpted. When I talk to a lot of my friends in regards to getting into Warmachine the #1 deterrent for them getting into the game is how bad the models look. I am almost 100% certain when they say that they specifically mean Menoth. Ah well, despite how shite the models are I am pretty pleased with how they turned out considering the goal (speed) of painting them. 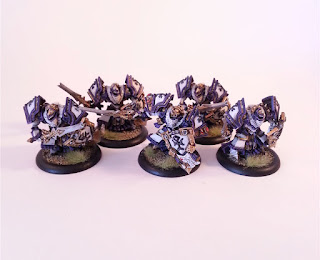 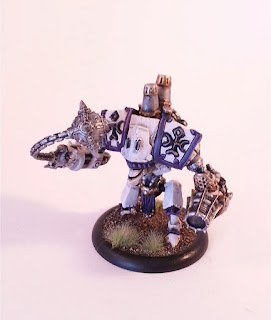 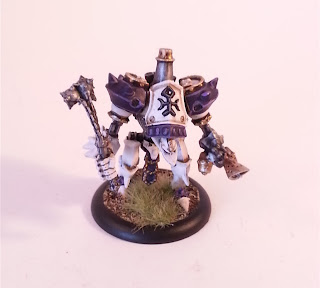 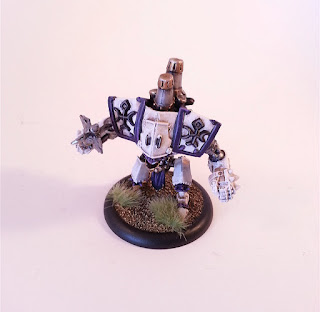 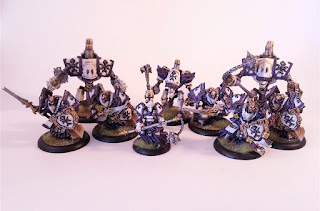 Next Up: Going to take a break from posting Warmachine stuff to post some updates on 40k projects. One of them is something that I have been working on for years and FINALLY decided it was time to finish it.
Posted by Ghoulio at 2:27 PM