So, enough of this dicking around with WIP pics! Time to post some final shots of this monster. 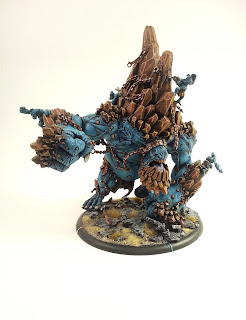 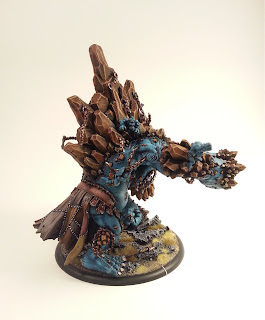 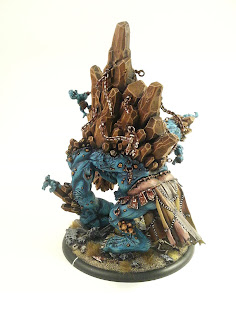 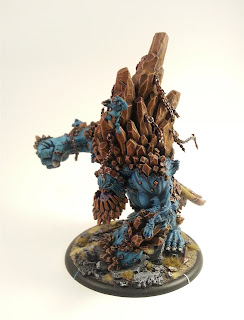 In addition to completing this guy I also managed to get a game in with him against my friend Scott. I personally played it very poorly, making mistakes left right and center, especially with positioning and planning for the next turn. It was a miracle that I won the game (no seriously, the dice gods intervened...watching Scott roll snakes eyes 3 times and then 3 x 1's for a boosted attack in the last two turns when trying to make assassination attempts was painful). That being said the MK was AWESOME lol. He managed to kill 3 or 4 beasts and came one hit box away from killing his caster with his deadly roar, good times! Going to have to do a small re-shuffle to the list to make it more my play style, otherwise it was great!
Posted by Ghoulio at 6:36 AM